The Ontario Minister of Finance, Charles Sousa, recently announced, as part of his 2016 Economic Outlook and Fiscal Review, investments to health care and education, a balanced budget and a proposal to help first-time homebuyers by doubling the maximum Land Transfer Tax Refund.

The finance minister has been quoted as saying: “Our plan to build Ontario up for everyone is working. Whether through increased hospital funding or taking action on housing affordability, we continue to make strategic investments to help people in their everyday lives while staying on track to balance the budget.”

The government is proposing doubling the maximum Land Transfer Tax refund for eligible first-time homebuyers to $4,000, effective January 1, 2017. The move would mean that “eligible homebuyers in Ontario would pay no Land Transfer Tax on the first $368,000 of the cost of their first home.”

The review also highlighted the government’s intent to invest $140 million in new funding to “help patients and their families receive better care and quicker access to services at every hospital across Ontario” and an investment of “$65.5 million this school year for the expansion of licensed child care to support the creation of about 3,400 new spaces.”

Also highlighted is an investment of $180 million on new “university-led postsecondary sites in Brampton and Milton, focused on science, technology, engineering, arts and mathematics” and a new dementia strategy that would “build on current investments of $85 million to enhance services for older Ontarians and their families.”

A news release says the province is projecting balanced budgets next year and the year after, noting the deficit is projected to be $4.3 billion in 2016-17, in line with the 2016 budget forecast. “Ontario has a proven track record of beating its deficit targets, as demonstrated each of the past seven years. Most recently, Ontario’s Public Accounts for 2015-16 reported a $5 billion deficit, an improvement of $3.5 billion from the 2015 Budget deficit projection.” 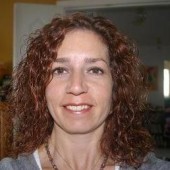 How to have a smooth renovation

Renovating for aging in place